The development of any nation depends on the transportation networks and the ways in which they are being maintained. The same holds true for the development of a huge and populous nation like India. For connecting the areas and maintaining smooth flow of traffic, the construction of new and developed roads are a must. The same will be achieved with the implementation of the Bharatmala project. Under the scheme, a host of new roads will be laid down in the nation.

Bharatmala Pariyojana is a new umbrella program for the highways sector that focuses on optimizing efficiency of freight and passenger movement across the country by bridging critical infrastructure gaps through effective interventions like development of Economic Corridors, Inter Corridors and Feeder Routes, National Corridor Efficiency Improvement, Border and International connectivity roads, Coastal and Port connectivity roads and Green-field expressways.

KEY FEATURES OF THE SCHEME 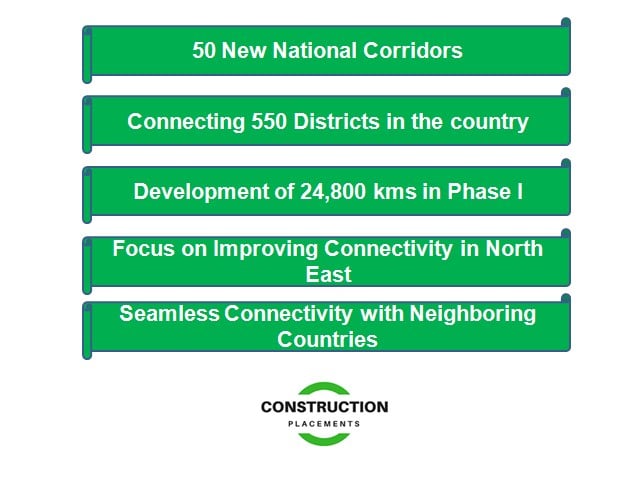 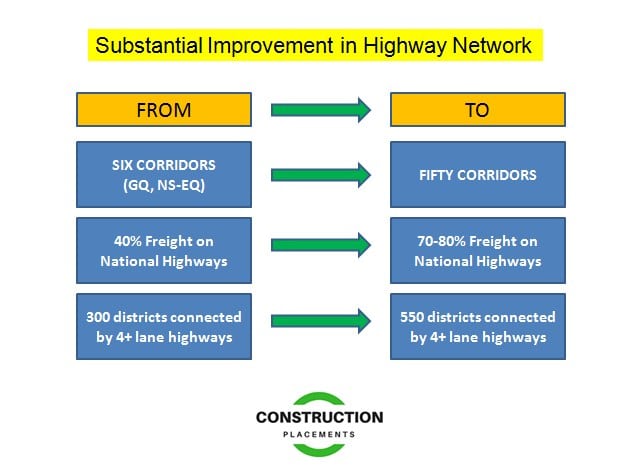 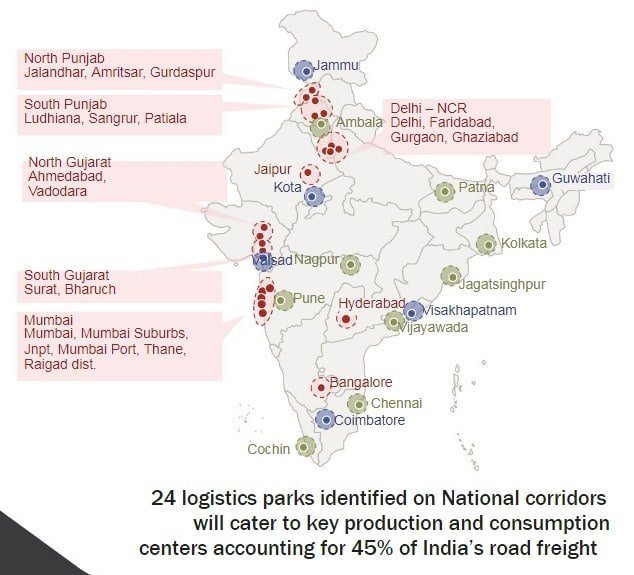 Click here to know more about the economic corridors under Bharatmala Project!